Thomas has been married to his wife, Patricia for over 40 years and has four children and seven grandchildren. Thomas was the former king lion of the Quincy Lions Club and has received the Melvin Jones Award for Excellence in Lionism. He was also involved in Troop 78 of Norwell Boy Scouts. He is currently on the Board of Directors for Bay State Community Services. He has also received a Quincy Medical Accommodation and is a trustee of the Quincy Medical Foundation.

Austin J. McGovern became a lawyer to help those in need. Austin is originally from Charlotte, North Carolina but has made Boston home for the last decade. Austin graduated from Elon University with a degree in Business Management. He went on to study law at New England Law | Boston, and is admitted to practice in Massachusetts.

While living in Boston Austin met his wife Molly.  They now live in Roslindale with their child, Charlie.

Austin began his career as an Associate Attorney at a national law firm in Boston that focused on Social Security Disability, Personal Injury and Workers’ Compensation Litigation.  He traveled the country and represented clients in hundreds of Social Security Disability hearings throughout 32 states.  With a growing family the need to be closer to home became a necessity.

Austin then worked for the largest Insurance Defense Firm in Massachusetts.  He specialized in Worker’s Compensation Defense.

Still feeling the need to help those in need Austin joined The Law Office of Thomas F. Williams in January 2020 and now specializes in Estate Planning.  Austin’s desire to assist his client’s and prepare them for whatever life throws at them is his top goal. Austin is willing to help client’s with Social Security Disability cases, and Worker’s Compensation cases.

Austin is now a regular co-host of a weekly radio show Sound Advice of Tom Williams which airs at 11:00 a.m. on Saturday’s, airing on WATD 95.9 FM in Marshfield.

Diane M. Shields founded her law practice in 1987. She believes that each of her clients deserves her personal attention and dedication to their case. Strong and effective advocacy is Attorney Shields’ paramount commitment to her clients. During the last 24 years, she has achieved successful outcomes for her clients during the litigation of their cases. Diane Shields’ experience includes motion hearings, settlement conferences, trial preparation, depositions, civil trials and jury trials.

Diane Shields prides herself on always being available to answer questions and to address the concerns of her clients on their cases. She has earned a reputation as a trusted and responsive advisor with outstanding communication and negotiation qualifications. She successfully achieves the goals of her clients because she is determined and disciplined. Diane is a member of the New York Bar and Washington D.C. Bar.

Attorney Jeffrey V. Nguyen is a graduate of Northeastern University and Suffolk University Law School. As an Associate of Thomas F. Williams & Associates, P.C., Attorney Nguyen handles guardianships and conservatorships matter, probate, and real estate He understands how intimidating the legal process can be and will make it a priority to keep the line of communication open to guide you through the process. 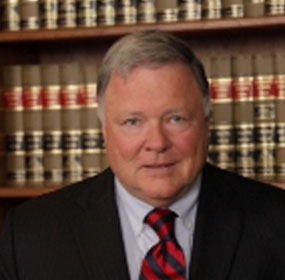 Thomas F. Williams graduated from Boston University in 1969 with a degree in government and economics.

From Our Law Blog 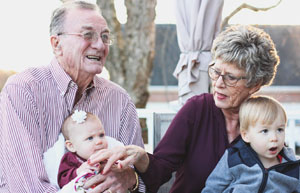 LIVING TRUSTS: Not Only for the Rich

​Many people have heard of a living trust, but not do understand how they actually work and how they may protect a person and his family. Most...